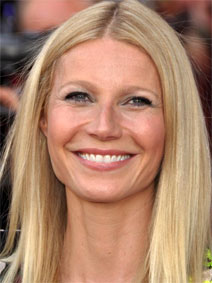 When did it become socially acceptable to publicly humiliate others for being imperfect?

Typically, I am not one to follow the tabloids or celebrity gossip stories, but in light of a recent headline story, I feel compelled to speak out on behalf of all those who have been made to feel inferior, less than or unworthy of their existence or perspective.

In an interview following the infamous “conscious uncoupling” announcement made by Gwyneth Paltrow and Chris Martin, Paltrow was quoted as saying,

“I think it’s different when you have an office job, because it’s routine and, you know, you can do all the stuff in the morning and then you come home in the evening. When you’re shooting a movie, they’re like, ‘We need you to go to Wisconsin for two weeks,’ and then you work 14 hours a day, and that part of it is very difficult. I think to have a regular job and be a mom is not as, of course there are challenges, but it’s not like being on set.”

Within hours, “A Working Mom’s Open letter to Gwyneth” went viral, chastising Paltrow for complaining about her lifestyle, when most moms could only dream of earning millions a year and hiring a staff to handle day-to-day affairs. Immediately after reading the letter, I was secretly cheering for this hard working mom who rightfully put Gwynnie in her place. You go mama!

And then, within minutes, I felt sad. A deep sadness becuase, on the whole, we rarely allow someone else’s life experiences to simply co-exist with our own. Instead of trying to respectfully understand another’s situation by asking questions and gathering information, we shame them for being different and rob them of their truth.

I mean, come on, obviously there’s NO WAY Paltrow’s life could possibly be hard—she has fame and fortune! And on the flip side, there’s NO CHANCE that a working mom’s routine might bring some much needed stability to her home—because, let’s face it, no family has ever benefited from structure before!

Forgive the sarcasm, but you see my point. We call each other out, point fingers and righteously defend ourselves. To make matters worse, this shaming extends far beyond the bounds of working moms— consider some of the most recent forms of public shaming that have come to my attention during client sessions: fat-shaming, skinny-shaming, slut-shaming, revenge-porn-shaming, student-shaming… The list goes on and on. In each of these scenarios, individuals have been publicly criticized and utterly embarrassed for being perfectly flawed.

The brilliant Brené Brown defines shame as “an intensely painful feeling or experience of believing we are flawed and therefore unworthy of acceptance and belonging” (2006, p. 45). I have seen the damaging impacts of the insidious nature of shame, most often resulting in a kind of “holding back” where individuals are afraid to be fully themselves, and therefore fail to meaningfully connect with others.

By publicly shaming each other—on social media, in person, on blogs or elsewhere—we are contributing to an epidemic of worthlessness.

Furthermore, Brown’s (2006) concept of the “shame web” beautifully conceptualizes how women experience shame: a messy tangle of conflicting and competing expectations that limits interpretations of who women are “supposed to be” and subsequently creates a feeling of “stuck or trapped.” Feeling shame, then, may be at the root of holding back for many girls and women, and I would argue that boys and men are equally at risk.

In my experience, the primary antidote for shame is light. Not the public spotlight, but the soft light of a safe, private space. Shame breeds and multiplies in the dark, private recesses of the mind, and when we harbor painful secrets, holding back seems like the only option. To this end, I aim to provide girls with an emotionally safe, judgment-free space where they can shine light on their truth and be seen for who they really are. Hopefully, in time, girls will acquire the inner strength and resiliency they need in order to carry the transparency from our sessions into their daily lives, freeing them from the tendency to hold back and sacrifice authenticity.

As parents, educators, practitioners, friends, colleagues and family, I implore you: we must stop the public shaming. And in order to do so, we must all do our part to provide each other with a safe haven where we can be honestly heard, truly seen and deeply cherished.

Brown, B. (2006). Shame resilience theory: A grounded theory study on women and shame. Families in Society: The Journal of Contemporary Social Services, 43-52.